The last few weeks have been an eye opener to say the least! I have finally had the operation on my foot that i have been waiting so long for. I have always had feet that hurt, it doesn’t matter if i am standing, sitting, wearing flat, high or no shoes, they always hurt. So i finally went to the doctor and got on a waiting list to have them sorted out (obviously only 1 foot at a time). It turns out i have a bone abnormality on the ball of my foot which protrudes quite a lot, my foot has protected it as we as it can by growing a bunion on top of it, which only added to the enormous bump on the side. This abnormality was getting so back that it was also pushing my big toe so far across that it was 21 degrees out! Suffice to say i was quite excited about having this sorted out. We had spoken to the doctor and i had asked to have it done over the summer holidays so that as a teacher i didn’t want it to affect me getting supply work and loose money. The latter did not go quite to plan and it got cancelled twice and had to be rescheduled for 3rd week in the holidays! Bearing in mind that i would have to wear a cast for 6 weeks afterwards and be on crutches, so yes, that would seriously affect my teaching work!

But anyway, I had the operation and it went well, I had a lovely purple cast put on my foot and the weirdest looking angled boot, complete with a set of crutches.  I was given pain killers, taught how to walk on the heal of my foot using the crutches and then sent on my way home the same day. I can safely say, it was rather painful for the first few weeks, and because I don’t often take tablets, they knocked me right out! After 2 weeks I was managing ok, but simple tasks like walking up stairs were time consuming and awkward, the children have been good but baby G has struggled as I can not just pick him up when ever he wants.  I went back to the hospital to have the cast replaced and have an x-ray to find out how the bones are recovering, and this is when I found out i had giant screw in my foot! They had not said which proceedure i was having the day of the operation as my doctor and I had discussed so many I had decided to leave it up the doctor, who knew me well and my active lifestyle.  It turned out my doctor had decided to do a relatively new proceedure and this meant that i do not have to wear a cast now on my foot, just wear the weird boot and crutches. I am mega happy not to have a cast on, still can’t drive though and I am still hobbling around like an old woman but I get to see my new foot and my word it is amazing, it actually looks like a foot, it’s slimline which does kind of mean that i will have to go shoe shopping! Ha

I am deliriously happy to have a normal foot and can’t wait to be able to walk on it properly and never have to feel pain in it ever again! Bring on the other foot operation next year

These are the before and after shots

All my lovely photos….and some odd ones!

Blogs that I am currently in love with! 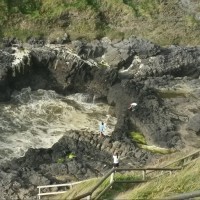 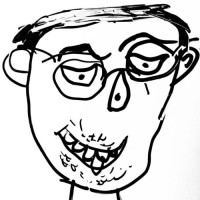 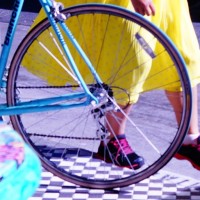 I'm Mummy, he's Little E and the teeny one is Bean. I overshare

Because poetry. And petals.

A sincere blog about a donkey

Clarifying the puzzle in my head

Connecting with others along the way

Patterns, Techniques, Articles, Blogs, and other resources to learn how to sew